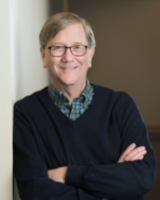 Peter is the former State Solicitor for the State of Maine, and was responsible for all civil appeals for the State of Maine. In that capacity, he won the National Association of Attorneys General award for Best Brief in the U.S. Supreme Court as lead counsel in Alden v. Maine, 527 U.S. 706 (1999), which he also argued and won. He has acted as lead counsel in over 80 appeals for public and private party clients in the U.S. Supreme Court, the First, Second, Third, Fifth, Seventh, Eighth, Ninth, Eleventh, District of Columbia, and Federal Circuits, and state appellate courts in California, Illinois, Iowa, Kansas, Maine, Michigan, and Tennessee. He has been lead counsel for numerous retailers and retail organizations in amicus curiae briefs submitted in major patent cases in the U.S. Supreme Court and the Federal Circuit.

Brann & Isaacson was founded in the 1920’s in Lewiston, Maine, by Louis
Brann and Peter Isaacson. In 1932 and again in 1934, Maine voters
elected Brann as Governor. As the firm’s reputation continued to grow, Peter Isaacson turned to reorganizing Maine banks that had closed their doors during the “Bank Holiday” of the Great Depression.
Since its inception, Brann & Isaacson has focused on providing the highest quality legal counseling and representation to the business community. The firm developed and maintained a deep sensitivity to the needs, concerns, and priorities of commercial enterprises. For almost 90 years, the firm has had the privilege to serve as special counsel for a broad range of individuals and companies across the country, successfully representing clients ranging from ground–breaking local entrepreneurs to national agricultural cooperatives, and from pioneering mail order companies to cutting edge Internet service providers.

The firm has strong ties to the community. Long after Louis Brann served as Governor, Irving Isaacson served as a municipal judge in the 1960’s. Bringing the same passionate, practical approach to government, the firm has represented municipalities, school districts, and the State of Maine over the years.

Brann & Isaacson grew from a two–person law firm in Lewiston, Maine in the 1920’s that included a future Governor of the State of Maine, to one of the leading boutique law firms today representing over 100 online and multichannel companies across the country on the issues that affect that industry, including tax, intellectual property, privacy and data security, and consumer protection. This decades–long experience translates into shorter learning curves, greater efficiency, and more responsive representation. And we have not forgotten our roots, as we continue to provide real–world advice to companies and others in Maine and elsewhere.