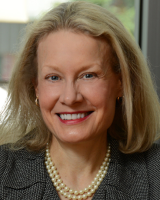 Since joining Taft in 1982, Margaret has developed a proficiency negotiating licenses and technology transfer agreements in high-stakes industries that include biomedical technology, software, e-commerce, data storage and security, publishing and franchising. As a partner in the firm’s Intellectual Property group, Margaret’s practice focuses on trademark, trade secret, copyright and right of publicity.

Margaret also oversees the registration and maintenance of IP portfolios in the United States and foreign countries and assists clients with cross-border transactions. In the past, she worked on a variety of business and transactional matters at Taft, including mergers, acquisitions and financing transactions.

Margaret has exemplified the Taft commitment to collaboration in every project. With clients ranging from start-up businesses, inventors and nonprofit organizations to well-established research institutions, banks and corporations, Margaret has a reputation for helping clients navigate sensitive and complex issues.

With approximately 450 attorneys, Taft is more vibrant and engaged in a wider range of work than ever before — with clients, both individual and corporate, whose needs for legal services range from local to international in scope. The firm has 10 offices in six states: Cincinnati, Cleveland, Columbus, Dayton and Delaware, Ohio; Chicago, Ill.; Indianapolis, Ind.; Northern Kentucky; Ann Arbor, Mich.; and Phoenix, Ariz. In addition, the firm has an established Japanese practice based in the United States.

Throughout the firm’s history, our focus has remained constant: to provide clients, both large and small, with sound legal guidance driven by a collaborative approach to gain optimal results.