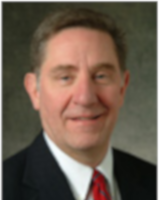 Mr. Passarelli is a partner in the Omaha office of Kutak Rock. His practice concentrates on complex commercial litigation, at both the trial and appellate levels, with an emphasis on cases involving antitrust, intellectual property and information technology. Mr. Passarelli’s commercial litigation practice is national in scope. He has tried bench and jury trials in federal and state courts throughout the United States, including complex commercial cases tried in Alabama, California, Georgia, Illinois, Maryland, Minnesota, Ohio, South Dakota and Virginia, in addition to the state of Nebraska where he resides.

In addition to his commercial litigation practice, Mr. Passarelli frequently advises directors and senior management on issues involving antitrust, intellectual property and technology and has been doing so for over 30 years. His experience includes counseling Fortune 500 companies concerning the adoption and execution of antitrust compliance programs, programs concerning the acquisition and maintenance of intellectual property assets and programs relating to electronic transactions and records.

Mr. Passarelli has achieved the highest ratings from his peers for quality of legal work, professionalism, ethics and trial experience. He is a Fellow of the American College of Trial Lawyers and has received an “AV” rating by Martindale-Hubbell®. He was selected by members of the legal community for inclusion in The Best Lawyers of America© for the past several years, including 2017 Lawyer of the Year, Omaha, in Franchise Law. Mr. Passarelli has received recognition for several years in Chambers U.S.A: America’s Leading Lawyers for Business and was recognized by Super Lawyers® which represents the elite of the practicing attorneys in the Midwest.

He has been recognized as one of Nebraska’s top commercial trial lawyers by Benchmark published by Institutional Investor as a Guide to America’s Leading Litigation Firms and Attorneys.

Mr. Passarelli has lectured, published articles and has acted as an expert in the fields of antitrust, intellectual property and commercial litigation

Kutak Rock LLP is a national law firm of more than 500 lawyers with offices from coast to coast. Our firm serves local, regional and national clients in a practice that spans a wide range of disciplines. We encourage our attorneys to take advantage of the national resources and broad range of expertise the firm offers in order to provide the best legal services possible to our clients.

Our firm’s primary practice concentrations are business and corporate law, public finance, litigation and real estate law, with numerous areas of specialization. Kutak Rock attorneys work together in well-integrated, national practice groups to maintain and enhance their technical expertise and to reinforce and support one another in achieving client objectives.