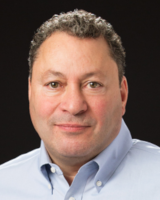 Ivor counsels clients worldwide in developing and implementing patent strategies and in the prosecution, licensing and enforcement of patents. He has extensive experience in advising clients on transactional work and regularly counsels clients with respect to investments, mergers and acquisitions. He has also advised plaintiffs and defendants in patent litigation and arbitration cases.

Ivor is widely recognized as one of the top life sciences patent lawyers in the world by numerous prominent legal directories and publications. In 2018, he was singled out as the “Patent Strategy & Management Attorney of the Year” by LMG Life Sciences (he also won the award in 2016). In addition, year after year, including 2018, he has been named a “Life Sciences Star” by LMG Life Sciences, an “IP Star” by Managing Intellectual Property, a leading patent lawyer by IAM Patent 1000, recognized as one of the world’s leading
experts on patent law by Euromoney, and named a leader in IP law by Chambers, Legal 500 and Super Lawyers.

Prior to joining Cooley, Ivor was co-chair and section manager of Mintz Levin’s intellectual property practice and a member of the firm’s management committee. Earlier in his career, he served as patent counsel and then general counsel and vice president for CytoTherapeutics in Providence, Rhode Island, and as patent counsel to Modex Therapeutics in Lausanne, Switzerland. He has spoken at numerous international conferences, and he has written numerous articles for leading legal and scientific publications.

The firm has consistently been ranked as an elite law firm for technology and life sciences companies, startups and emerging growth companies, and venture capital firms, including by Above the Law, Vault, and U.S. News & World Report. Cooley represents as clients over a third of the companies on the Wall Street Journal’s Billion Dollar Startup Club.