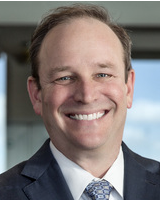 Charles K. Verhoeven is the head of Quinn Emanuel’s Northern California offices in Silicon Valley and San Francisco and is Co-Chair of the firm’s National Intellectual Property Litigation Practice.  Mr. Verhoeven is recognized as one of the top litigators in the United States.

Mr. Verhoeven has won billion dollar defense verdicts and dismissals in multiple cases.  On the plaintiff side, Mr. Verhoeven has won multiple 9 figure verdicts.  Mr. Verhoeven was lead counsel defending the Android operating system, Samsung, Motorola and HTC across numerous District Court and ITC actions brought by Apple and Microsoft, popularly known as the “Smart Phone Wars”.  These and other cases are summarized under Notable Representations.

Mr. Verhoeven’s record as lead counsel before the Federal Circuit is 25-3.

Mr. Verhoeven has been inducted into The Legal 500 Hall of Fame under the category of “Intellectual Property, Patent Litigation: Full Coverage,” after being recognized by the publication as an elite leading lawyer for six consecutive years.

Chambers USA has repeatedly ranked Mr. Verhoeven in “Band One” for Intellectual Property Patent Litigation (2011-2019), identifying Mr. Verhoeven as “an incredibly smart attorney” and noting his “incredible presentation in court.”  Multiple sources told Chambers USA that Mr. Verhoeven is “excellent at cross-examination,” and noted his “ability to communicate very difficult jargon in a way that is easy for a jury to understand.”  Chambers USA has also repeatedly listed him as one of the 45 “leading individuals” in California in the field of intellectual property.

In 2017, Mr. Verhoeven was named “Lawyer of the Year,” by Best Lawyers for San Francisco: Patent Law.  He was also recognized in the 2018 guide for The Best Lawyers in America as well as a “Global IP Star” by Managing Intellectual Property.

In December 2016, Mr. Verhoeven won Law360’s “MVP Trials” award, which recognizes a select few of the top trial lawyers in the United States. In December 2016, Mr. Verhoeven also was profiled by The National Law Journal as one of 26 top lawyers in “Winning,” an NLJ profile of the most successful litigators in the United States.

In May 2016, Mr. Verhoeven won the National Law Journal’s “Intellectual Property Trailblazers” award. This award recognizes attorneys who have been innovative in practicing law and have changed the way that law firms conduct business.

In April 2016, Mr. Verhoeven won The Recorder’s “Game Changer” award, Litigation Department of the Year, which recognized Mr. Verhoeven for his results after substituting into the SimpleAir v. Google cases in the Eastern District of Texas.  Mr. Verhoeven obtained a Federal Circuit reversal of a prior $85 million verdict and a mandate that Google did not infringe; he won a defense verdict of non-infringement in a subsequent trial; and he won dismissal of a third SimpleAir patent infringement suit on the basis of Res Judicata.

Mr. Verhoeven was named a 2015 “MVP of the Year” in Intellectual Property by Law360. The publication’s “MVPs of the Year” series recognizes “elite attorneys whose successes in high-stakes litigation, record-breaking deals and complex global matters” have made the greatest contributions to their practice areas over the past year.  Mr. Verhoeven also won this award in 2013.

In 2014, Mr. Verhoeven won “Milestone Case of the Year” at the Managing IP North America Awards for his $283 million plaintiff’s verdict in ViaSat v. Space Systems Loral.  Mr. Verhoeven also won Top Verdict of 2014 by  The National Law Journal, Top 10 Plaintiff Verdict by Dollar by the Daily Journal, and Top California Verdict of 2014 by The Recorder, achieving the highest dollar amount across all categories.

In 2011, Mr. Verhoeven was named a “Client Service All Star” in BTI Consulting Group’s survey of corporate counsel.

In June 2010, Mr. Verhoeven was profiled by The National Law Journal as one of 10 top lawyers in “Winning,” an NLJ profile of the most successful litigators in the United States.

IP litigation is the firm’s biggest practice area. We protect and exploit the IP for companies that have developed some of the most valuable IP in the world. Our regular clients include Google, IBM, Qualcomm, SONY, Samsung, Symantec, and Johnson & Johnson. Legal publications rate our IP practice among the top IP in both the US and Germany (where 80% of the EU’s IP cases are filed). The American Lawyer (2012) named us the “Top IP Litigation Department of the Year,” and The National Law Journal (2014) selected us to its “Intellectual Property Hot List.” Prestigious German legal directory, JUVE, named us “IP Law Firm of the Year” (2012) and “Patent Law Firm of the Year” (2012).

More than 150 of our lawyers have degrees in either hard sciences or engineering. Thus, we can quickly learn even the most complex technologies. And, because we try so many cases, we have mastered the art of explaining these often complex technologies to judges and juries that do not have technical backgrounds. We have won many IP trials representing companies as plaintiff, including what was at the time largest jury verdicts in the history of California and Massachusetts. We are equally adept at winning trials when our clients are defendants. Our US practice is national. We litigate all over the US. We are one of the few law firms to have obtained multiple defense verdicts in the Eastern District of Texas.

There is an oft repeated phrase: The world is shrinking. It certainly is in IP litigation. IP disputes between major companies almost invariably involve litigations in the US district courts, the ITC and the EU. Our lawyers work seamlessly with each other in these cross-border disputes coordinating strategy and doing so in the most efficient way possible.