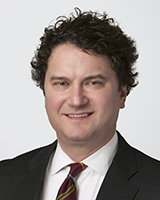 Brandon H. Elledge is a partner in Holland & Knight’s Tysons office. Mr. Elledge practices in the areas of commercial litigation and employment counseling.

Mr. Elledge regularly appears before federal and state courts in and outside of Virginia on business, merger and acquisition (M&A) and employment-related disputes, and has tried several cases first chair. His litigation practice includes, among other things, the representation of companies and government contractors in pursuing and defending against claims of trade secret misappropriation, enforcement of restrictive covenant agreements (e.g., non-compete, non-solicitation and non-disclosure agreements) and various other business torts (e.g., tortious interference, conspiracy, breach of fiduciary duty) and computer-related offenses.

In addition, Mr. Elledge’s counseling practice involves several aspects of litigation avoidance and preparation and alternative dispute resolution, and issues concerning employee or consultant hiring, movement and terminations. Based on this experience, Mr. Elledge further assists and advises clients with employment and potential litigation matters such as the negotiation of non-solicitation and other restrictive covenants as well as investigation of discrimination and retaliation claims and charges.

Mr. Elledge is the professional responsibility partner for the firm’s Tysons office. He also is the co-editor of the Holland & Knight Trade Secrets Blog.

In 1968, two law firms joined together to become Holland & Knight. One rose from the early days of industry and commerce in Tampa, the business center of Florida’s west coast. The other was established amid the phosphate mines and citrus groves of inland Polk County. Both were founded by men who shared a passion for the law and public service.

The hallmark of Holland & Knight’s success has always been and continues to be legal work of the highest quality, performed by well prepared lawyers who revere their profession and are devoted to their clients. Holland & Knight remains dedicated to developing and maintaining long-term relationships. The firm’s growth is due in large part to the success of our clients. We are honored to be able to contribute to their success and growth across the United States and around the world. Since our beginning, Holland & Knight attorneys have delivered focused, responsive and personalized service resulting in lasting relationships with our clients.